“The road to freedom is a beautiful system.” – Phil Jackson.

Every game has it’s rules.

– Put the ball in the basket.

– You have to dribble or pass, you can’t carry it.

– And, you have to do it between these lines.

Within that space we’re invited to play with what’s possible.

Setting rules and boundaries is tricky business. Too big, too loose and the structure disappears . There’s activity but no game. Too small, too rigid and creativity is lost. There’s nothing to explore, no room to expand, no place to play.

Once the athlete knows the rules we create structure to explore that space; an offensive system to try to score and a defense to stop our opponent. You find creative ways to accomplish your goal, to meet the challenge. Your opponent responds and you adjust with something new finding more and more possibilities within the space  – between the lines.

You put structure to your training, setting limits on what you will and won’t do, work with your coach, surround yourself with the right teammates and partners;  over time creating a system to help you develop your potential, finding a balance that helps you focus in and open up at the same time. One that keeps you safe and challenges you to go further.  In a wonderful paradox the structure sets you free.

Dr. Lenna Liucaptures it beautifully inher blog post on children, nutrition and health at On Being. ” As a yogi and an acrobat we practice the paradox of holding strength and softness at the same time. When we have structure we also have the capacity to expand and flow.”

Committing ourselves to a structure can feel confining but, when you’re ready its the structure and commitment that sets you free. What structures do you want to create, what people do you need to connect with in order to make room to discover your potential – to play your game? Love to help you put it together.

In an era dominated by big data, analytics and technology it’s easy to focus on the numbers, to look for the formula or the hack that will guarantee the results we want. Coaching can become more about diagnosis and prescription, and less about exploring potential and possibility.

Counting, measuring, ranking and analyzing give us a sense of control. Drawing conclusions about the data creates the illusion of certainty. But what if the most important thing a coach can do is not to nail things down but open them up?  What if the main role of the coach is to bring imagination to the athlete and the process?

The Irish poet and philosopher John O’Donohue offers a wonderful description of role of imagination in his book Beauty, The Invisible Embrace. “ The imagination offers revelation. It never blasts with information or numbs us with description. It coaxes us into a new situation. As the scene unfolds we find ourselves engaged in its possibilities, and new revelation dawns… the knowing is always emerging.”

So, I can ask myself, am I blasting my athletes with information and numbing them with description or am I offering opportunities for exploration, revelation, coaxing them into new situations? Is the athlete trying to remember my thinking or am I helping them create new thinking for themselves? Am I engaging them in new possibilities or asking them to perfect the same old drills and skills?

We don’t need to give up our measurement or our technology. They can be helpful tools. But we do better when they serve the process instead of guiding it. Let’s play with letting imagination be our guide and enjoy being surprised by what we discover.

“We play because we have an exuberance spirts and energy … but, we also are exuberant because we play”  Kay Redfield Jamison, Exuberance, The Passion For Life

What happens when we loose that exuberance of spirits and energy? What happens when something that starts as play turns into an experience that leaves us “broken” ? And, can we find our way back to a place of joy and vitality?

UCLA gymnast Katelyn Ohashi showed us you can with her performance this past weekend in the Bruins’ opening meet. She scored a perfect 10 but … as Washington Post writer Allyson Chiu wrote this week, ” The most notable feature of Ohashi’s performance was the sheer joy she exuded, which starkly contrasted the revelations she made this August about her decision to step back from her Olympic dreams several years ago after the sport left her “broken”.

At the time she left she had been competing with a fractured back and two torn shoulders.  She shared her story in a video on The Players Tribune

Stuart Brown, M.D. Psychiatrist, Clinical Researcher and Director of the National Institute of Play offers some properties of play in his book Play, How It Shapes the Brain, Opens the Imagination and Invigorates the Soul.

1. Apparent Purposelessness – we don’t do it for it’s practical value, we do it for it’s own sake. Some people might even think it’s a waste of time.

4. Freedom from time – When we’re really into it we lose a sense of time.

5. Diminished consciousness of self – We stop thinking about thinking. We stop worrying about how we look. We’re just doing it.

6. Improvisational potential – We aren’t locked in to one way of doing things. We’re open to trying different approaches, messing about, making it up as we go.

7. Continuation desire – It’s fun and when we’re done we want to do it again.

When those things are lost we risk losing that wonderful “exuberance of spirits” that is our reason to play.  Watching Katelyn’s performance, number seven really stands out – it’s fun and when were done we want to do it again.  If it’s not – it might be time to pause and pay attention.

Here is a clip from a recent video by the people at What Drives Winning. In this short 10:00 interview Brad Stevens, Coach of the Boston Celtics highlights some key elements in his coaching philosophy. They are simple things we often pay lip service to but, following them has helped him take his teams at Butler to the final four and resurrect the Boston Celtics over the last two years.

Coach Stevens says, “The longer I’ve been into it, its’ become ever more obvious it’s about what you can control and to stay focused on those things you can control. “

Learning to focus on growth and not on trophies.

Encouraging a mindset that focuses on consistency of effort, desire to improve, coachabililty.

Learning to analyze a game based on “How we played” not the result or score.

It’s worth taking the time to listen for athletes, coaches, and parents. Success and excellence come from that blend of focusing on the process and staying in the moment.  The opening minute of the clip from the Butler v Georgetown game is amazing! 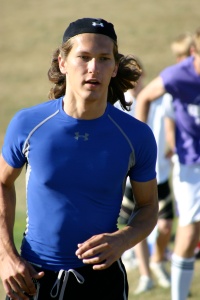 When we think of reducing injuries we often think of pre-hab routines, ACL prevention programs or things like stretching and foam rollers. Done correctly,consistently and  with qualified coaching those things have been proven to be helpful in reducing the likelihood of injury.  But two recent studies point in another direction, to things we can do outside the gym or workout that appear to have at least as great an impact on brining injury rates down.

A study published in the  Scandinavian Journal of Medicine and Science in Sports followed 340 students at elite level sports high schools in Sweden over a school year. The athletes came from a variety of sports. During the second semester the researchers found that athletes who reported sleeping at least eight hours per night during the first semester were 61 percent less likely to report and injury ( a physical complaint that produced pain, reduced their performance or caused them to miss training) during the second semester.

61 percent is a big number but, a  study at Harvard-Westlake high school in California found a similar relationship between sleep and injury. Student athletes who slept fewer than eight hours a night were almost 70 percent more likely to get injured.

The Swedish study also found that student athletes who reported eating the recommended amounts of fruits, vegetables and fish were 64 percent less likely to report an injury.

We talk with athletes we coach about the stress and recovery cycle; about matching the hard work of training or competition with the things we need to adapt and grow. We ask, “ What do you need to put in the recovery bucket to help you play well, stay healthy and get the most out of your sport?” Sleep and nutrition are always near the top of the list. The next step of course is to change behaviors.

This doesn’t mean that eating your vegetables and going to bed will make you bullet proof. But, combined with a good training program those things appear to have a significant impact on keeping you healthy.

If you would like to find out more about the research you can follow the links or check out this article by Alex Hutchinson in Outside Magazine.

You can also check out the research by Cheri Mah with collegiate athletes at Stanford University. 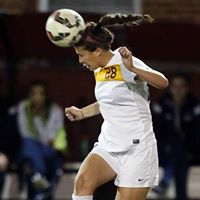 The next training group for U15-18 girls soccer begins January 8. The groups are kept small to accommodate the individual needs of each player. Our group in Victoria trains on Mondays and Thursdays from 3:45 to 5:00 at the Victoria Recreation Center.

If you love to play the game, you enjoy the challenge of getting better and you want to take your play to a new level then consider joining us.

For nearly 15 years Kick-It! Training has been helping young players discover and develop their potential in a healthy, positive environment. Sometimes that means moving from C2 to C1 and sometimes that means taking their game to the collegiate level. But, it’s always about an athlete centered approach that works with the whole person. You can find out what our past players, their coaches and parents think here.

A piece of wisdom to ponder over the weekend. I share this because I know from experience it is easy to forget. From THE INNER GAME OF TENNIS.

“But who said that I am to be measured by how well I do things? In fact, who said I should be measured at all? Who indeed? What is required to disengage oneself from this trap is a clear knowledge that the value of a human being cannot be measured by performance – or by any arbitrary measurement. Do we really think the value of a human being is measurable? It doesn’t really make sense to measure ourselves in comparison with other immeasurable beings. In fact, we are what we are; we are NOT how well we happen to perform at a given moment.”

Something to ponder in the season of tournaments and tryouts. 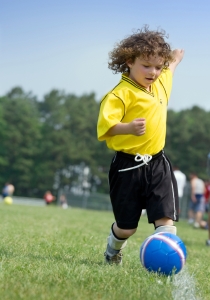